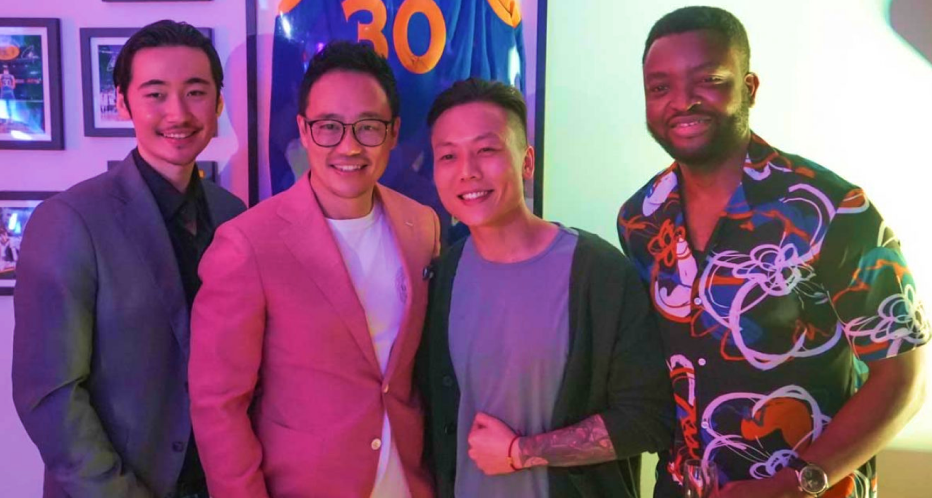 The partnership will see both entertainment houses collaborate in music and other entertainment art, while promoting their brands to their respective markets and a global audience at large.

The Hong Kong’s based company is a major player in the entertainment industry in the Asia world and of recent, their artiste DJ Sidtrus sold an NFT song Take Me Home for more than 2 million dollars and is currently working on a music album with the Jamika Entertainment acts of Church of Men, Koredianx, Sultan ‘Afroboy’ and Yung Bos.

In a conversation with Weekend Beats, Tayson Chui, the executive director of Supernova Hong Kong talked about their interest with Jamika Entertainment.

“We have had multiple meetings with the C.E.O of Jamika Entertainment, Jerry Ihensekhien and his vision greatly aligns with what we are trying to build and achieve.”

“We also have seen the Jamika Force artistes’ musical body of work and they were truly impressive, they have immense potential and have had continuous growth. It is only fair we partner with them so we can all move forward together in the global market.”

Also, the CEO of Jamika Entertainment, Mr Jerry Ihensekhien spoke with the media, sharing more on the partnership.

“Our brand and acts that make up the Jamika Force have gradually climbed up the Nigeria entertainment scene for the past few years and over time we have won multiple awards, this has gotten us valuable attention and that’s why Supernova is coming all the way from HK to work with us.

“What we look to gain from this is to increase our global fanbase from beyond Nigeria and Africa, at the same time helping Supernova enter into our entertainment market. This partnership has the potential to do a lot of great things for not just us but Nigeria as a whole.”

It is expected that more partnerships like this will continue to happen on a global stage for Nigeria’s entertainment brands, as Afrobeats pushes more into becoming a formidable international music genre.

Hong Kong-based DJ and EDM producer Sidtrus sees NFTs as a novel way of launching music. As someone who frequently incorporates futuristic elements into his compositions, he feels NFTs are the future of music.

In December, he launched the NFT single Take Me Home, which made HK$3 million after all 3,000 copies sold out. “I couldn’t believe it: It’s such a crazy experience,” says the artist. “I started off making music from my bedroom and now I’ve sold HK$3 million worth of my music.”

For Sidtrus, releasing music via NFT is not about limiting access to the songs, but rather, giving fans the exclusive opportunity to own a part of his music. He doesn’t mind if buyers share a track with other people as he believes the more popular a track becomes, the more benefits it will deliver to the buyers.

“NFTs have really changed the game,” Sidtrus says. Since his career had got off to a modest start, he never imagined it might be possible to make even HK$100,000 from selling his works in Hong Kong until NFTs happened. He describes the ability to get one’s music before an audience without having to depend on a record label or entertainment company as a “shining opportunity”.

Take Me Home is the first of six NFT albums that he plans to release every six months to chronicle his musical journey.

https://www.chinadailyhk.com/article/271357#Knowing-the-score
Supernova 2021
Back to Top